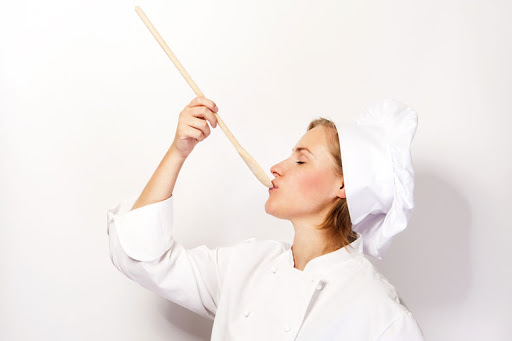 Most animals are blessed with sensory organs like the eyes for seeing, the nose for smelling, ears for hearing, skin for touching and feeling, and lastly the tongue for tasting. These sensory organs help us distinguish between right and wrong, between harmless and harmful signs, and so on. The tongue enabled humans and other mammals to differentiate among the basic tastes, and also help them identify the toxic ingredients from the edible ones.

In this article, we will be taking a look at umami taste and Savory flavor, and understand them in detail.

What Are the Different Tastes?

We are an omnivorous species that need to identify different tastes to help us distinguish safe and nutritious foods within a complex environment. When ingesting a meal, the different tastes within food ingredients interact with each other, as well as with other sensory stimuli, to form flavors and provide an overall profile of food that helps us determine whether to ingest it or not.

These flavors result from the complex sum of sensations such as smell or texture, combined with the basic tastes present in food. The taste sensation results from the actual connection of specialized proteins called receptors in the taste buds of the tongue that are able to recognize the basic tastes of sweet, sour, bitter, salty, and umami. The flavor is a more complex sensory experience that becomes evident during a meal.

Taste buds are not only important in differentiating between nutritious and harmful ingredients, but they are also linked to the ability to induce pleasure when enjoying the delicious sensation from the foods around us.

There are five basic tastes known to human beings, namely, sweet, salty, bitter, Sour and the last described umami. Taste buds respond to every taste that combine with all other senses like smell, texture or spiciness help us identify the unique flavor of a dish.

What Is Savory Flavor?

The savory flavor is the combination of the umami and salty tastes besides many different aromas and textures among other sensations and is mostly known for the pleasant experience together with the tongue coating and salivation it gives after the consumption of the foods with savory flavor.

The umami taste that is a component of the savory flavor was always known to humans in the form of a long-lasting sensation given out by the foods like tomatoes, mushrooms, seaweeds, fermented sauces and much more. However, humans weren’t able to differentiate this basic taste from others. Or we may have never realized that this would be a totally different taste, in addition to the until then identified tastes sweet, salty, sour and bitter.

Despite so many foods having this particular umami taste, it wasn’t ever able to make it to the list of the four traditional tastes. It managed to get combined or linked to the fifth taste that was discovered later in the early 20th century named umami.

Umami was the taste that was identified as the fifth taste in addition to the already existing four basic tastes sweet, salty, sour and bitter. The umami taste is the most recent one added to the list and is known for the unique sensation it assigns to the dish.

The story of the umami discovery is also extremely interesting one. The story dates back to 1908, when one evening, a Japanese chemist, Kikunae Ikeda sat for a regular meal. His wife had cooked a seaweed named kombu in a form of a brothy soup. While tasting the soup, the chemist realized the taste to be different from other earlier known tastes. It gave a different sensation, somewhat salty, but not identifiable.

So, with his curiosity he marched on to his laboratory for further investigation. The study or research done by professor Ikeda had borne fruits in the form of the discovery of the fifth taste, which the Professor named as Umami, which is the Japanese term for a pleasant savory taste.

As we have seen above both the taste of umami and the savory flavor when umami taste is combined with the smells of food ingredients give a unique sensation in which the taste is part of the flavor and they complement each other. The only difference being, the flavor is due the sum of taste with smells, textures and other sensations, while umami is the taste alone and results from the taste of glutamates in foods.

The reason for giving umami the special status of being a fifth basic taste is the unique after long lasting taste. The receptors in our taste buds respond to the glutamates present in foods, which finally give out the umami flavor when in our brain the taste sensation adds to the aromas and textures of the meal.

Umami flavor took to great heights soon after its discovery by professor Ikeda. Ikeda also further discovered that the unique taste the umami foods get from is the glutamate content found in some of the foods like tomatoes, aged cheeses, some of the seaweeds, mushrooms, green tea, asparagus, meats like beef, ham, pork and poultry etc.

With the discovery of umami and its source found to be glutamate, umami taste can now be added to the dish with the help of a pinch of monosodium glutamate, which is the sodium salt of glutamate amino acid and is used in the food industry as a flavor enhancer and a food seasoning.

Umami taste and Savory flavor are in accordance working together to make a meal pleasant. Because the taste is part of the flavor umami and savory flavor are sometimes confused with one another. Still, both of them are the most loved delicacy for foodies around the world. 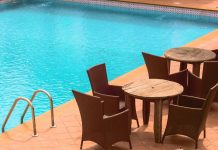 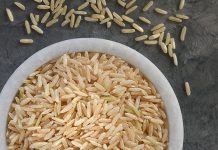 Brown Jasmine Rice: The Best Rice for Asian Side Dishes 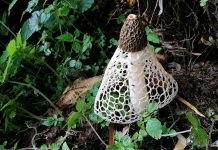