In this article, let’s talk about Bitcoin, including where it came from, where it is now, and where it’s headed. We’ll also talk about why Bitcoin has value and how to start with Bitcoin trading.

What is Bitcoin and how does it work?

Bitcoin is the first and most popular cryptocurrency. As a form of digital money, people can use it to store and exchange value. In other words, you can now use it to buy and sell goods and perform other financial transactions such as lending and borrowing (many businesses and institutions now support Bitcoin as a payment method).

The technology and ideas behind Bitcoin can be traced back to a 2008 whitepaper published by a certain Satoshi Nakamoto (identity remains unknown, it could be a person or a group). The paper contains explanations about a new way for two willing parties to directly conduct a financial transaction without the need for a trusted third party. Perhaps this was a response to the financial crisis of 2007-2008, where large financial institutions failed the people. As a result, they lost their trust in the current financial system of that time. With this loss of trust, people will look for better alternatives (preferably one that does not involve banks and other financial institutions). Coincidentally or deliberately, Bitcoin surfaced and detailed a way to do direct and peer-to-peer transactions.

Those ideas initially drove the growing adoption and popularity of Bitcoin. It satisfied the need of the times for trust and direct transactions. In those early years of Bitcoin, people saw it as a novel way of doing transactions which means its utility as a currency was the emphasis.

Past, present, and future of Bitcoin

Today, Bitcoin is a source of speculation, a way to make money. After all, its value depends on agreement or consensus.

This means we are the ones who assign value to Bitcoin, other cryptocurrencies, and everyday objects. For instance, some time in history, people agreed that gold and diamonds have a high value. Similarly, there was a point where people agreed that Bitcoin is valuable and that it should have a price attached to it. It’s like looking at a 10 Canadian dollar bill and realizing that it has value, although it’s only a piece of paper.

In the early years, Bitcoin relatively had a low value. In fact, when it was introduced in 2009 (following the 2008 whitepaper by Satoshi Nakamoto), Bitcoin had a price of zero. Somewhere in the middle of 2010, the price became around 0.12 CAD. And within just three months, Bitcoin’s price jumped to around 38 CAD (a huge increase from 0.12 CAD just a few months ago). In 2021, Bitcoin’s price reached a bit less than 90,000 CAD.

With those huge, rapid, and sudden price increases, investors and the public saw it as a huge opportunity to quickly make money. As a result, the emphasis shifted from being a new way to transact to a new exciting way of making a profit. Still, and mostly behind the scenes, Bitcoin is undergoing continuous upgrades and development to fulfil its promise of becoming a peer-to-peer and decentralized way of performing transactions on a global scale.

Why do Bitcoins have value?

As mentioned, Bitcoin’s value has come from the agreement and social consensus (people agreed it’s valuable, just like gold and diamonds). In addition, Bitcoin’s value came from its scarcity.

With its limited supply of only 21 million bitcoins, the laws of traditional economics might work here (especially the law of supply and demand). With its constant limited supply but with accompanying increasing demand, it’s expected that its value will increase through time. As more people want to buy some Bitcoin and start their Bitcoin investing journey, its price might continually go up.

However, not everyone wants to buy Bitcoin. Instead, they want to sell some of it. This frees up some of the Bitcoin supply, which can decrease its price. This happens when investors want to cash out and take their profits (especially when Bitcoin’s price has reached a favourable point or another all-time high). This also happens when new regulations, updates, and competitors are acting against Bitcoin. For example, when a “Bitcoin killer” is finally introduced and suddenly gains massive adoption, buying Bitcoin will be less desirable (which will decrease the demand for it and its price will respond accordingly).

For those reasons and more, Bitcoin’s price fluctuates wildly and suddenly, which is why trend analysis is almost impossible. There’s always that tendency for its price to continue going up or down (or briefly reach a new all-time high). As a result, experienced investors see Bitcoin as a high-risk asset (which is why they only invest what they can afford to lose).

Getting started with Bitcoin trading

Although Bitcoin trading is risky, investors want to explore it and add this digital asset to their investment portfolio. Many of them start small, and they grow their funds later as they learn more about blockchains and cryptocurrencies. Many also continuously reallocate their funds in response to price movements and overall market trends.

If you also want to start trading Bitcoin, you can sign up to Coinberry, a popular cryptocurrency trading platform in Canada. It’s like having a stock trading account where you can quickly buy an asset and sell it later, especially when you’ve made a profit. Through a crypto trading platform, you also get access to several assets (cryptocurrencies and tokens in this case).

How much do you need to start trading with Bitcoin? In Coinberry, you can start with as little as 50 CAD. This way, you can first explore while minimising the risk. It’s a practical way to start, especially if you want to take advantage of a recent downward trend in Bitcoin (price is low, so you can buy more Bitcoin and potentially gain a bigger profit if ever or once the price comes back up). 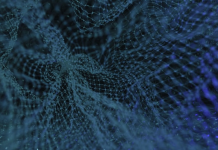 How Can You Determine if a Data Fabric Is the Right Solution for Your Organization? 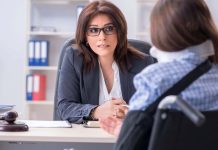 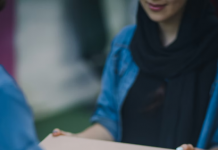 Best Places to Find Free Boxes For Your Upcoming Move