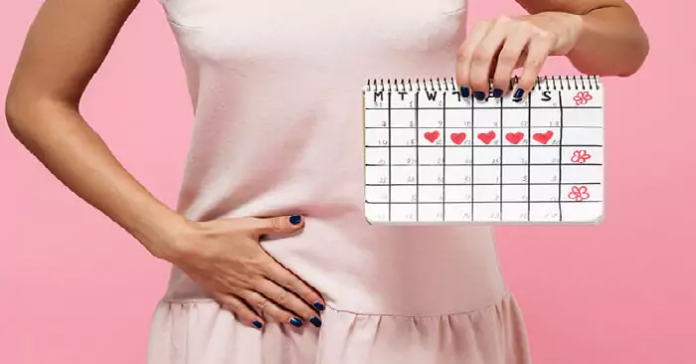 It’s possible that you’re in your middle to late 20s when all of a sudden — after having regular periods for more than a decade — your cycle stops acting like it’s on a clockwork schedule. If you’re not menopausal and you’re not pregnant, it’s hard to understand what’s going on here. Periods that are not regular are not usually an indication that anything is wrong.

Ovulation is the process in which an egg is expelled from one of your ovaries in the course of a regular menstrual cycle. If the egg has not undergone fertilization by the sperm, then fluctuating hormone levels will signal to your body to rid itself of the blood and tissues that line your uterus. This process is known as menstruation. The bleeding usually stops after around five days have passed.

This condition may occur for a number of causes, ranging from variables such as stress and lifestyle choices to more significant underlying medical disorders. In this blog article, we will talk about how to recognize irregular periods, what the causes of irregular menstruation are, and site circumstances that it is necessary to see a medical professional.

What is Irregular Menstruation?

In most cases, a woman’s menstruation will last anywhere from four to seven days. Menstrual difficulties may manifest themselves in a variety of ways, including periods that are too close together, usually ranging less than 21 days apart, or too far apart (more than 35 days); the absence of three or more periods in a row; and menstrual flow that is either thicker or lighter than normal. When the duration of your menstrual cycle suddenly goes outside of your typical range, you will have what is known as an irregular period.

An irregular menstrual cycle may be accompanied by abnormal uterine bleeding, such as the following:

There are multiple things that may cause irregular periods, from stress to more serious health problems, including the following:

A woman’s menstrual cycle is affected by things like gaining or losing a lot of weight, going on a diet, changing how she exercises, going on a trip, getting sick, or any other change in her daily routine.

Uterine polyps are small growths on the lining of the uterus that are not cancerous. Fibroids in the uterus are tumors that grow on the uterus wall. There could be one or more fibroids, which can be as tiny as an apple seed or as alarming as a grapefruit. Most of the time, these tumors are harmless, but they can cause heavy periods and pain.

The female reproductive system is harmed by pelvic inflammatory disease (PID), which is a bacterial infection. Through sexual contact, bacteria can get into the vagina and spread to the uterus. PID can cause a woman to have heavy, smelly vaginal discharge, irregular periods, intolerable pain in your pelvic and lower abdominal areas, nausea, fever, vomiting, or diarrhea.

Polycystic ovary syndrome (PCOS) is an ovarian condition in which the ovaries make a lot of male hormones called androgens. Cysts can form in the ovaries. Most of the time, an ultrasound will show these. Because of the changes in hormones, eggs may not be able to mature, so ovulation may not always happen. When a woman has polycystic ovary syndrome, her periods may be irregular, or she may stop having them together.

When a woman is under 40, and her ovaries don’t work right, she has this condition. The period stops, just like during menopause. This can happen to people who are getting chemotherapy and radiation to treat cancer or to people whose families have a history of premature ovarian insufficiency or certain chromosomal abnormalities. If this happens, you should see a doctor.

When do periods go from being normal to being weird? Here are the four most common types of menstrual periods that don’t go as they should.

Menorrhagia is a common kind of heavy menstrual bleeding. The condition is marked by heavy bleeding that lasts for a long time. In some cases, the bleeding may make it hard to do normal things. This condition comes in different forms. Most of them are polymenorrhea (too many periods), postmenopausal (periods after menopause), and metrorrhagia (heavy periods) (bleeding between periods).

Dysmenorrhea is a condition in which a woman has pain and cramps during her period. Depending on what caused them, the conditions can be called either primary or secondary. Because of a chemical imbalance, a person with primary dysmenorrhea has uterine contractions that aren’t normal.

Most of the time, medical conditions cause secondary dysmenorrhea. Other known causes are uterine fibroids, pelvic inflammatory disease, tumors, and abnormal pregnancy. This condition is more common among women who smoke, are overweight, drink too much during their periods, or start having periods at a young age.

Amenorrhea is when a woman doesn’t get her menstruation for more than three cycles. This problem comes in two forms: primary and secondary amenorrhea. When a girl has primary amenorrhea, her periods don’t start when she turns 13.

4. Not having periods (Extra Light Periods)

Menorrhagia is the other side of hypomenorrhea. Hypomenorrhea is a condition in which periods are light. Most of the time, the period is less than two days long or less than 80ml. The condition can happen if you use hormonal birth control, like birth control pills, IUDs, and so on.

If you are showing any of the above-mentioned symptoms, you should talk to your gynecologist.

The following are some suggestions for practicing self-care:

During the menstrual cycle, which normally lasts anywhere from three to eight days, the endometrium is expelled from the body in the event that fertilization does not take place. It is abnormal for a woman to have periods that are too light, too heavy, occur too frequently, continue longer, are irregular, or come beyond menopause. Even if the intensity and length of menstrual cycles are not the same for every woman, it is not normal when any of these factors occur.

Although the duration of a woman’s menstrual cycle typically lasts for 28 days, this number might change. If you have your periods anywhere between 24 and 38 days apart, this is still regarded to be normal. Whether the amount of time that passes in between your periods is constantly shifting, as well as if your periods occur sooner or later, your periods are regarded to be irregular. The treatment for this condition is dependent on determining what is causing your periods to be irregular; however, there are solutions that you may attempt at home in order to get your cycle back on schedule.

You can go to https://manwomanhealth.com/ to learn more about irregular periods and some home remedies that have been scientifically proven to work. 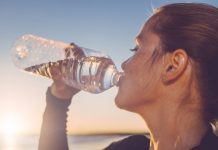 The Important Benefits Of Keeping Your Body Hydrated 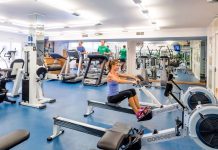 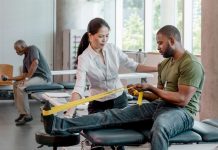 The Ways in Which a Physio Could Help Your Rehabilitation