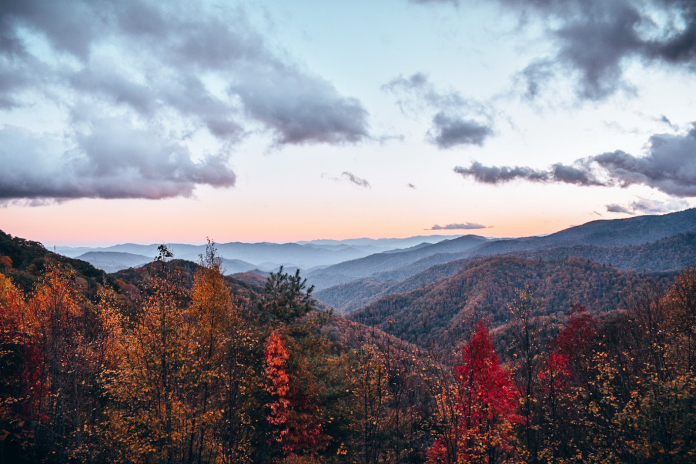 Contrary to popular opinion, the ideal time of year to travel isn’t always the summer. Wintertime is often overlooked as a travel season due to the cold, blistering weather. While this would certainly be a downer on a beach trip, the opposite can be said for a trip to the mountains. With so many delightful, winter-friendly things to do in Pigeon Forge, it’s unfathomable why anyone would pass up a family vacation in the Great Smoky Mountains. Read on to learn about the top picks for winter sports and indoor entertainment in the Smoky Mountains area. 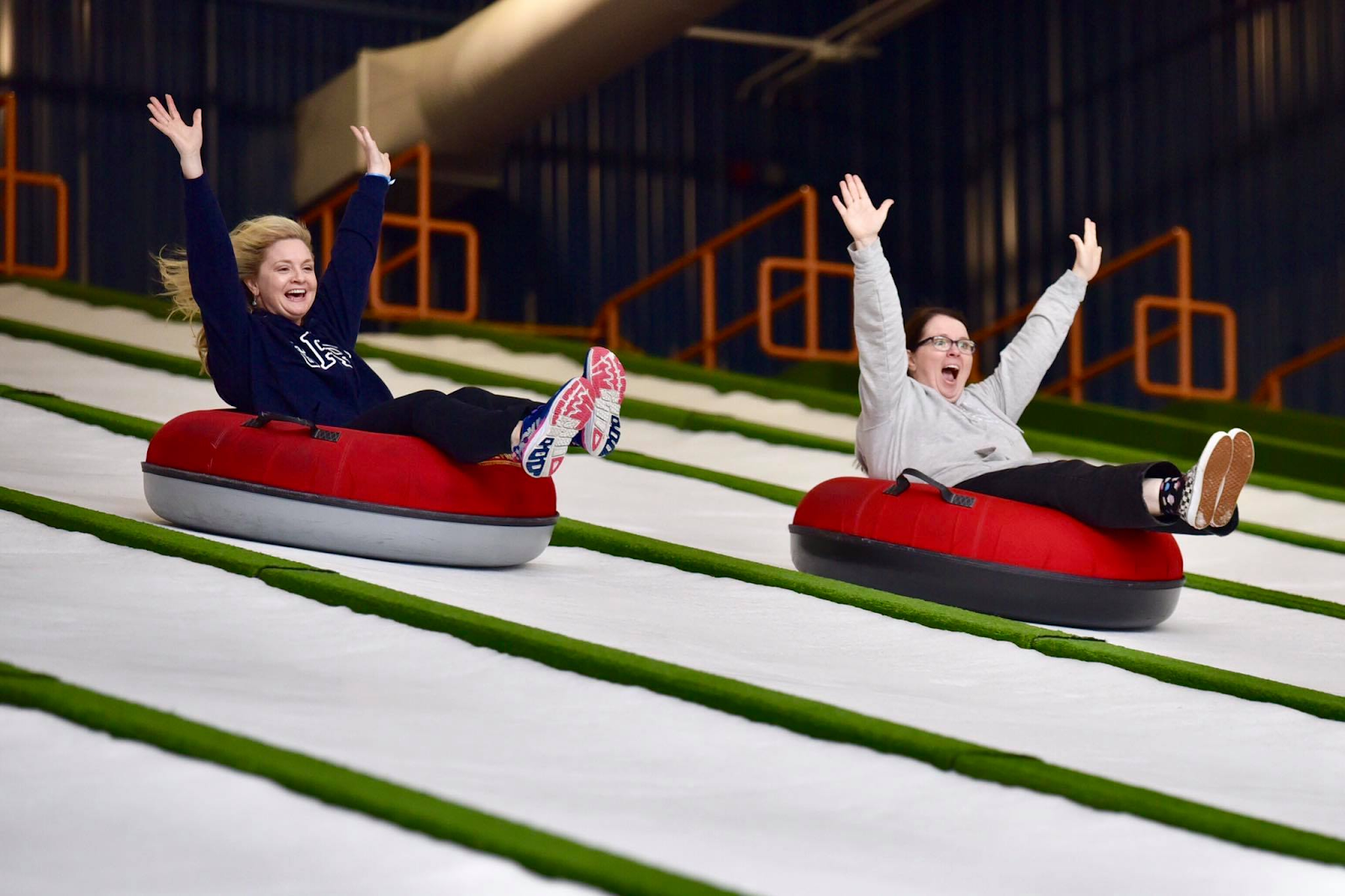 Ever wish you could take part in all the fun winter activities without freezing to the bone? At Pigeon Forge Snow, you can go snow-tubing indoors, where the temperature rests at a stable 65 degrees Fahrenheit. Their state-of-the-art snow machine produces actual snow, as opposed to synthetic material with unknown additives, simulating the real thing minus the outdoor discomfort. Their 35,000-foot facility houses 12 lanes for snow tubing, plus an area designated for playing in the snow, constructing snowmen and snow angels, and starting snowball fights with your friends. When you begin to feel tired, hop on to the second floor to grab a snack or a hot cup of cocoa. Open year-round, even in the summertime, Pigeon Forge Snow is a perfect activity for families, especially those with children. 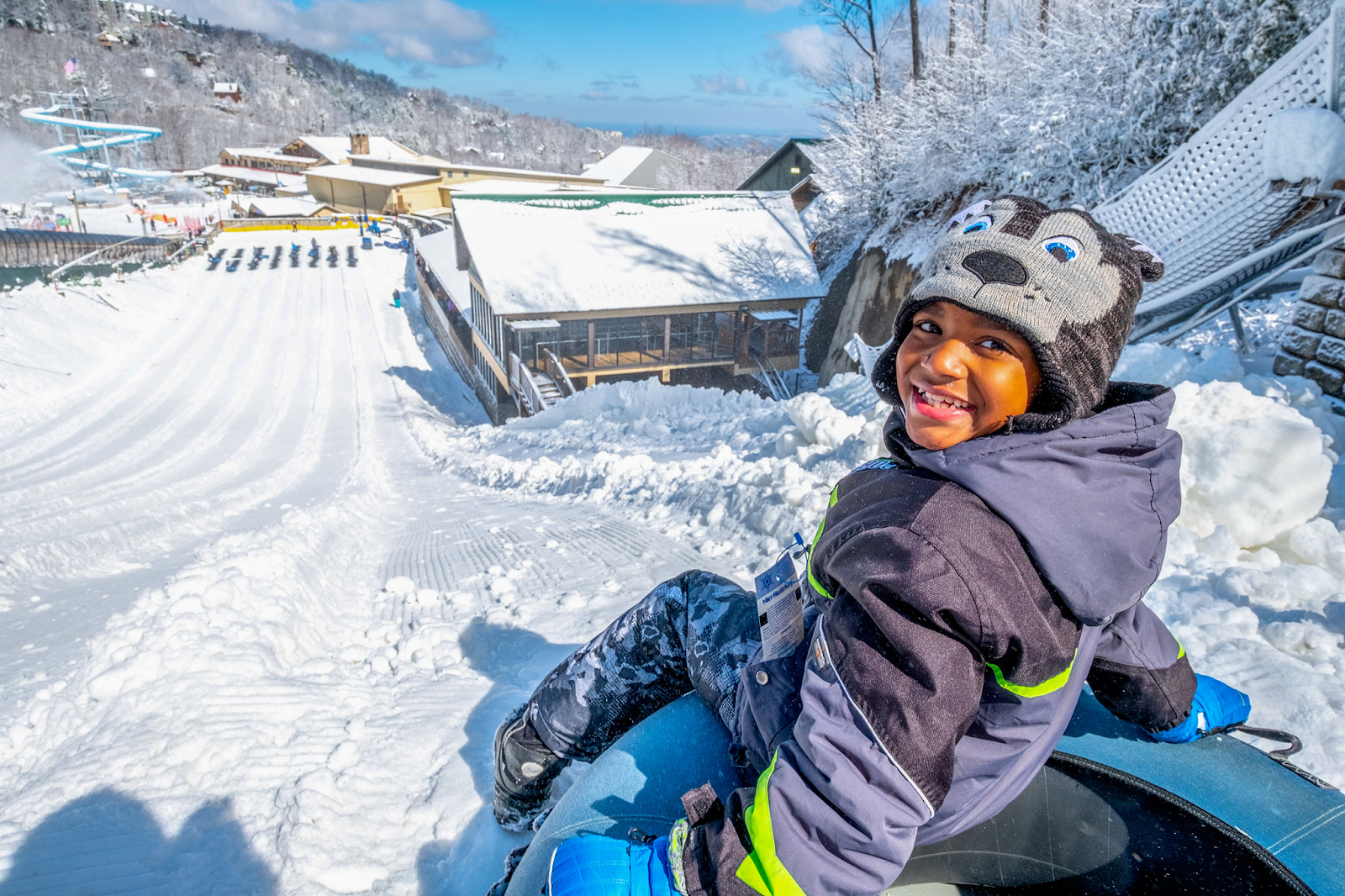 As the largest winter sports amusement park in the Smoky Mountains area, you could spend hours exploring all the Ober Gatlinburg has to offer. Tennessee’s #1 spot for snowboarding, snow tubing and skiing, the park presents 11 slopes ranging from beginner to intermediate to advanced levels. Worried that you’ll lose your poles and roll the whole way down the mountain? There’s no need to fear when private and group lessons are available for purchase, alongside the option to rent all the gear you need.

Once your cohort finishes chasing those thrills, warm up indoors at the Ober Gatlinburg mall, where you can explore the shops and grab a bite to eat at any of the local restaurants. There is something for everyone with countless other engaging activities like ice-skating, Ice Bumper Cars, the indoor carousel, Ski Mountain Coaster and the Wildlife Encounter. Best of all, Ober Gatlinburg is home to some of the most magnificent views in the region. Take the aerial tramway from downtown Gatlinburg into the park for a spectacular photo opportunity against a snowy mountain backdrop. 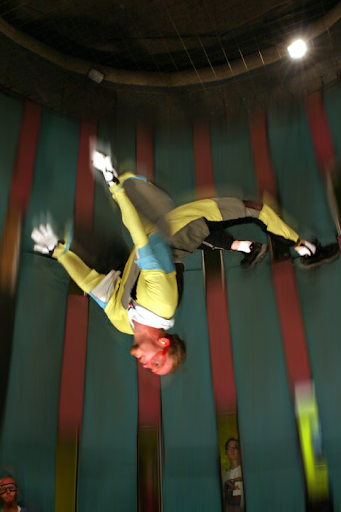 If you could have a superpower, which one would you choose? Super strength? Invisibility? How about flying? At Flyaway Indoor Skydiving, you can make your superhero dreams come true and experience the jaw-dropping thrill of flight! A single flight session involves a 20-minute training class, 15-minutes of preparing your gear and safety equipment, and finally, a 3-minute flight that feels like it lasts a heart-racing eternity. Flyaway Indoor Skydiving is America’s first vertical wind tunnel, used often to train pro sky-divers, competition teams, military personnel, and now, the adventure-seeking layperson. Challenge yourself on a solo flight, or book a block party for special occasions with friends, team-building programs or recreational groups. 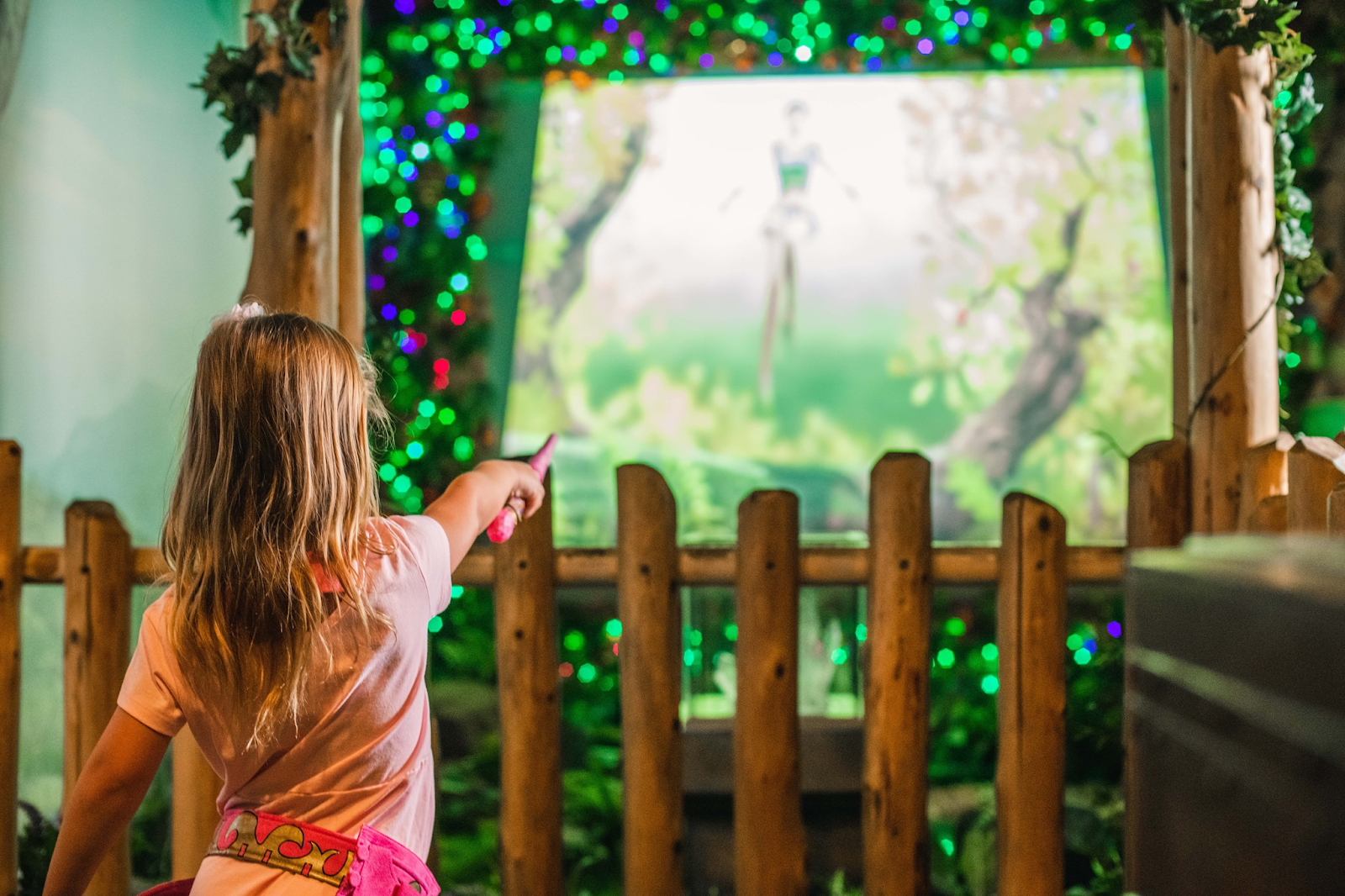 Dive into the magical world of MagiQuest, where you will embark on a journey to learn the secrets of the magi and hunt for lost treasure. In this interactive game, you must take up your wand and clue book of runes to guide you through an enchanted forest, village, dragon’s dungeon and goblin chamber. Mythical creatures test your burgeoning powers, while princesses and fairies bless your heroic quest. More mystical challenges await those who level up enough to become Master Magi!

MagiQuest also houses three other family fun attractions. Pirate Golf is an 18-hole mini-golf course set in a Caribbean pirate village, complete with special effects, blacklights, hidden treasure and ragamuffin friends like Blackbeard himself. Afterward, hit the Adventure Arcade to settle the score in competitive games like Halo, Mario Kart, World’s Largest PacMan and Skee-Ball. Odyssey: A Mirror Maze Adventure gets the party started at a newly renovated 5,000-foot maze of psychedelic lights and patterns set to high-energy dance music. With days’ worth of indoor activities for the whole family to explore, MagiQuest will be an audience favorite every winter. 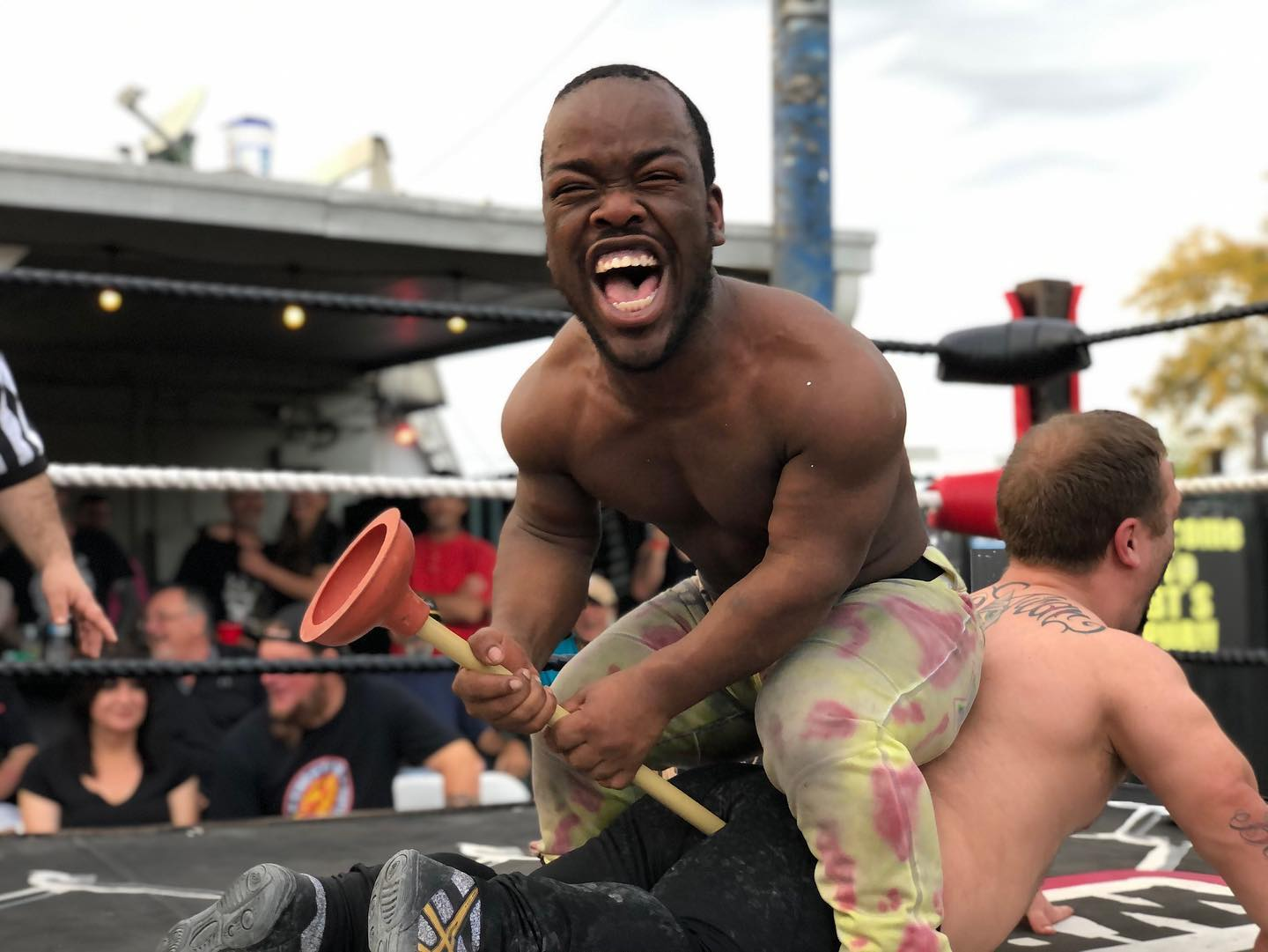 What is micro wrestling, you ask? Micro wrestling is a professional wrestling organization similar to WWE, except its competitors must measure under five feet tall. As the number one wrestling organization for Little People, Micro Wrestling Federation puts on over 200 shows across the country. Pigeon Forge is the organization’s hometown, where they perform multiple shows every week in a 300-seat arena. What better way to warm up from the cold than in the infectious energy of such an outrageous event? From the Single Matches to the Micro Brawl, to the Micro Royal Rumble, you’ll soon find out who is the toughest of the tough among the pro Little People fighters. Only one micro wrestler will be strong enough to endure the body slams and punches to the jaw, conquer opponents despite suplexes and headlocks, and leave the arena with the champion’s belt! 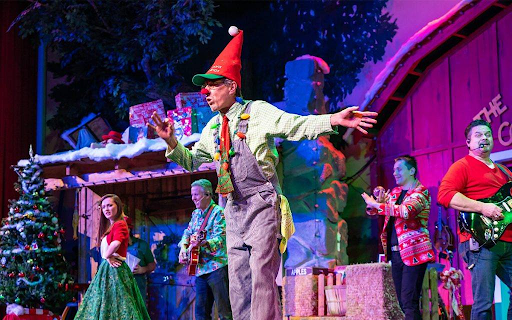 For over 25 years, Comedy Barn has made its name as the most well-attended and successful clean comedy theatre in the world. Currently on stage is their annual Christmas show, featuring all-new acts mixed with a few of their classic favorites. Get into the holiday spirit with uplifting Christmas music, dancing and holiday decorations. This entirely original comedy show is guaranteed to crack up the whole family with their knee-slapping humor. You’ll be feeling that stitch in your side well into tomorrow! Snag your tickets before the holiday season ends.

As soon as winter rolls around, the cold and wet weather can make it hard to find any enjoyable things to do with your friends and family. When you plan your vacation for a winter in the Great Smoky Mountain area, however, you’ll find a wide range of all-ages fun activities. Venture into the comfortable indoors for competitive games, thrilling experiences and one-of-a-kind performances; or take to the slopes in the snowy, picturesque outdoors. After making such memories to last a lifetime, you’ll be questioning why you had ever presumed winter was an ill-advised time to travel.

Best US Beach Destinations For The Summer 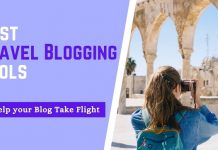 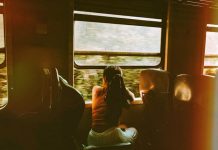 A Complete Road Trip Safety Checklist For Every Travel Enthusiast