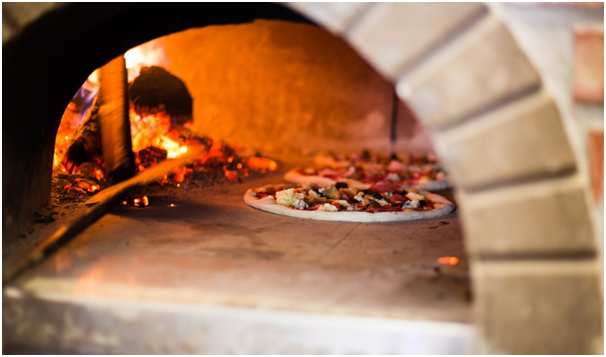 Once again, pizza’s come up tops in the Harris Poll about America’s favorite foods, with 21% of respondents claiming they would eat it for the rest of their lives if possible.

The title of most popular pizza topping belongs to pepperoni, but vegetables come in a close second place.

Pizza is so popular that several major US cities make their own versions, like New York, Chicago, or St Louis-style pizza. Even California has its own type of pizza, but have you heard of brick oven pizza?

Find out more about the latest taste sensation creeping to the top of pizza lovers’ wish lists everywhere.

What Is Brick Oven Pizza?

You can cook all kinds of pizza in a brick oven. Brick ovens can more easily reach the very high temperatures needed to cook the pizza to perfection.

The ideal temperature for cooking pizza is between 800 and 900 °F, far beyond the reach of electric and gas ovens.

The brick oven radiates heat from every side except the floor, which warms up more gradually, so the pizza cooks evenly and quickly without burning the bottom.

That’s because brick ovens cook the pizza from both the bottom and the top, just like Mamma used to do back in Italy.

Brick ovens run off wood-fires and give the pizza a lovely smoky taste, too. You can also make pizza in a gas-fired brick oven if you don’t like the taste of wood-fired pizza.

The History of Brick Oven Pizza

People have been making flatbreads with toppings almost as long as they’ve been milling flour, although the term ‘pizza’ was first coined in AD 997 in Gaeta, Italy.

Wood-fired brick ovens have been around for even longer than pizza, and archaeologists have discovered them among the ruins of almost every ancient civilization.

This was one of the ancient Roman’s favorite ways to cook pizza, and they perfected the design of the oven to such a degree that it remained unchanged until Medieval times.

In Pompeii, archaeological digs revealed brick ovens in almost mint condition, as well as evidence of the world’s first pizza restaurants. These masterpieces were well-insulated and vented and topped with round spherical domes.

These domes consist of bricks set on their sides, covered with about an inch of mortar, and then insulated with clay.

In Tuscany, almost every old farmhouse has its own version of this brick oven, which they retained even after the rest of Europe started using metal ovens.

Since Italy’s the home of pizza, this says a lot about the best way to cook pizza. Nowadays, even Italians have embraced the benefits of modern ceramic insulation for their brick ovens.

Pizza first came to America in the late 1800s with the Italian immigrants, and local folk soon discovered the joys of this quick, easy, and delicious food. Before long, several franchises were selling their own varieties of pizza, but none of these can compare to the original brick oven version.

Brick-oven and wood fire pizzas are basically the same things if they’re made in a wood-fired brick oven. The main difference is that you can use gas to heat your brick pizza oven, and you could make a wood-fired pizza in any suitable oven.

Gas ovens aren’t ideal for cooking pizza as it’s difficult to get the optimum temperature for quick, even cooking.

The constant flow of heat and air within the oven crisps the outside of the dough and vegetable toppings, while retaining some moisture inside. That means you get more nutrition, better texture, and enhanced flavor from pizzas cooked this way.

The best part about brick oven pizza is that you don’t need to build your own oven to sample its delights. You can order pizza delivery from select outlets, and enjoy it without all the extra effort and all the best ingredients.

You can also add roasted garlic, artichoke, red peppers, and artichokes to the mix.

With so much variety, pizza’s the perfect choice for sharing with like-minded friends or in individual pies concocted to suit everyone’s exact tastes. It’s no wonder this versatile and fulfilling meal’s so popular with everyone.

Are you feeling peckish simply thinking about brick oven pizza right now? A little internet scrolling should reveal a pizza outlet near you that still does things this way.

Otherwise, you can try to create a similar effect by cranking your oven up to its highest setting and cooking your pizza on a pizza stone. It’s the closest you’ll get to the real thing.

Are you hungry for more foodie knowledge? Browse our website for more tips on the greatest ideas for mealtimes, whether you’re ordering in or flexing your own culinary muscles. 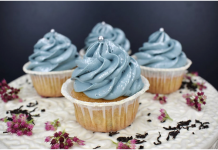 Squares Are the New Circles: Why Square Cupcakes Are the Best 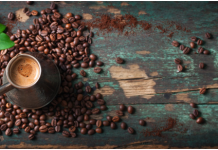 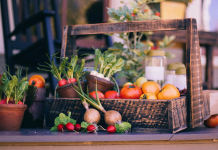 10 Easy Veggies To Grow in A Home Container Garden